How to Scale and Optimize Talent Programs via Direct Sourcing and Branded Marketplaces - October 14, 2021

In this panel, we'll highlight what it takes for organizations to do this successfully, discuss lessons learned, share new data from an exclusive report on the use of branded marketplaces and contingent labor, and highlight how organizations can engage and optimize their own workforces for future growth. We'll also discuss the benefits of and how to establish strategic plans to set a path for success in 2022 and beyond.

Register today; spots are limited. Questions are encouraged and we will reserve time at the end for Q&A.

During the session, you will learn:

Register for the Session 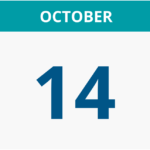 As Senior Director of Experienced Hire Recruitment for KPMG's US Advisory Practice, since 2010 John has been responsible for executing against the firm's aggressive growth priorities and strategic business needs through talent sourcing and acquisition.  Additionally, John is a leader on KPMG's Acquisition team with experience in over 15 domestic and international acquisitions.  John also jointly developed and leads Advisory's Self Sourcing contingent workforce function.

In 2008, John rejoined KPMG as the Director of Experienced Hire Recruitment for the US Tax and Audit practices.

Previous experience includes leading Executive Recruitment at a Fortune 200 bank as well as a recruitment leadership role with a KPMG funded technology start-up.  Earlier in his career includes a stint as a recruiter supporting KPMG's Financial Services Consulting practice.  John's initial role after graduation was as a recruiter/HR manager with a global entertainment company.

Audra Nichols is a Senior Vice President at UnitedLex responsible for managed services, operational excellence, and the firm's digital solutions and methods.

A proven senior leader dedicated to achieving measurable business results for growth and market differentiation in the US and globally, she has 25 years of professional services experience leading large-scale transformational change efforts, building and leading high performing teams, and running the operations to realize long term impact. Throughout her career she has been hand-picked to solve the most pressing business issues and stand-up strategic business functions to drive growth and sustainable business results.

A founding member and chairperson of The Conference Board's Globalization Leadership Council, Audra also served on the Advancing Women in Leadership Council and has been a recognized public speaker on global strategic sourcing and global delivery.

Bob joined MBO Partners in 2015, bringing more than 25 years of experience in the contract workforce industry. He oversees client relationships, sales, and sales operations for MBO's enterprise accounts. Previously, he was senior vice president of business development for the number one provider of financial, operational, and strategic support to independent staffing firms, and has directed sales and business development for Adecco and Kelly Services.

Bob has also served in executive roles for vendor management service and managed services provider organizations, and has been recognized for leadership as one of Supply and Demand Chain Executive's "Pros to Know."

Everson has worked with many of the world's largest and most prominent organizations, specializing in executive management. He helps companies balance growth, reduce risk, maximize return, and excel in strategic business priorities.