← BACK TO THE CONSULTING QUARTERLY

When you’re watching a news update, or a similar live event, and the event runs into technical difficulty, you’ll usually hear the host of the event say: “And we’re back,” after the technical issue seems to have been resolved and the event is back online.

In a sense, we’re collectively uttering this phrase to ourselves as we start to rollout a vaccine and begin to emerge from what has been the worst worldwide pandemic in a hundred years. In this challenging first quarter of the new year, our ability to successfully get our professional lives back on track will depend significantly on the depth and maturity of our leadership skills.

What I will call Resurrection Leadership is built upon a unique set of skills and requires a fundamental shift away from many of the leadership styles we are seeing around us today.

Resurrection Leadership is leading with authenticity and calmness through the fragility of the current situation you are in, while acknowledging the impermanence of just about everything, including the current solutions that you and your team are moving toward. This makes it a difficult leadership style to execute, requiring a level of emotional maturity that will stretch many leaders who are accustomed to coddling team members and reassuring them that they are safe. At its core, Resurrection Leadership encourages team members to gain strength as they face reality, instead of promising security.

Resurrection Leadership and the Dalai Lama 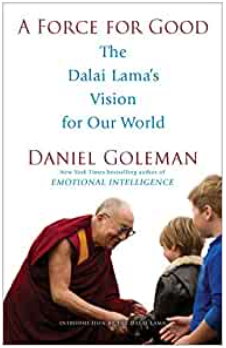 In a May 2015 article in Harvard Business Review, Andrea Ovans writes about her interview with Daniel Goleman (What the Dalai Lama Taught Daniel Goleman About Emotional Intelligence): “Two decades before Daniel Goleman first wrote about emotional intelligence in the pages of HBR, he met his holiness the 14th Dalai Lama at Amherst College, who mentioned to the young science journalist for the New York Times that he was interested in meeting with scientists….Over the next 30 years, as Goleman has pursued his own work as a psychologist and business thinker, he has come to see the Dalai Lama as a highly uncommon leader.” In the Interview, Goleman states that his 2015 book about the Dalai Lama, A Force For Good (Goleman, Daniel, 2015, Bantam Books, NY), is really a “call to action” centered on what he has learned from the Dalai Lama:

The book is a call to action, but it is a very reasoned call to action. The Dalai Lama is a great believer in a deep analysis of problems and letting solutions come from that analysis. And then he is also passionate about people acting now. Not feeling passive, not feeling helpless….”

Goleman elaborates on this point, clarifying the distinctive leadership that is embodied by the Dalia Lama:

While so many leaders today operate within the limits of things as they are and for the benefit of a single group, none of these concerns or limitations confines the Dalai Lama. This lets him expand our thinking….This makes the Dalai Lama a transformative leader, one who looks beyond the givens of today’s reality….Such leaders…can tackle our largest challenges, thinking far into our future….These are not by and large the leaders we have but are the voices we need. The world yearns for this kind of leadership.

As Goleman eloquently states, the kind of leadership that the Dalai Lama demonstrates seems usual to many of us, but that is simply because the honesty and significant strength of character it requires are not leadership elements that we usually experience in most of our modern business settings. That is part of what makes Resurrection Leadership unique.

Can we train for Resurrection Leadership? I imagine the Dalia Lama believes we must.

Just as elite athletes must train and condition their physical (and mental) muscles for challenging events, Resurrection Leadership will require extensive mental conditioning for most leaders, unless you are already the Dalia Lama and have been conditioning your mind your whole life.

In a Force For Good, Goleman gives us an example of how Resurrection Leadership Training can happen, introducing us to a program “co-developed with meditation teacher and scholar Alan Wallace: Cultivating Emotional Balance, or CEB.” 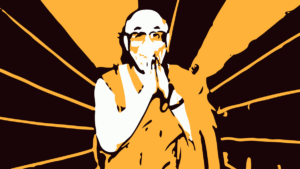 According to Goleman, CEB “integrates methods taken in equal parts from Tibetan contemplative traditions and modern psychology.” Eve Eckman, a medical social worker went to California’s Soledad State Prison “to share the CEB program with sixty inmates.” The Inmates were asked to make an “emotional timeline,” a concept incorporated into CEB and defined here by the Dalia Lama:

“I want you to make a map of the emotions so we can navigate through hatred and resentment to get to a calm mind. We need a map so as not to get marooned. Only with a calm mind can you open your heart and use your mind well.”

This timeline “let the inmates step back from their emotional turmoil and see that they need not be trapped forever by overwhelming feelings…. But a powerful eye-opener for many inmates was the very idea that, while emotions can be destructive if they lead to harm, any feeling can become constructive.”

Reflecting for a moment on our current situation in this pandemic, we can see how useful the kind of leadership demonstrated by the CEB program could be to us right now.

We’re Back and the Show Must Go On 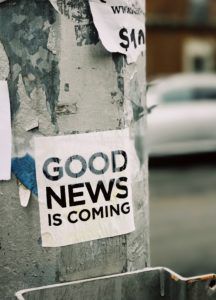 In my GlobeBlog post What is an Authentic Consultant? I discuss Peter Block’s ideas on how to do this in the context of consulting:

"do your own inner work. You are the product, so do whatever it takes. And, recognize that you can’t do it alone. You need to get help yourself, whether it’s from a teacher at a weekend workshop, a church, or a therapy group. You need to draw on a community you are part of, whether you call it spiritual, therapy or twelve-step, it doesn’t matter….”

What will make Resurrection Leadership successful is acknowledging that no matter how seasoned a leader you are, you still always have a lot to learn.

We now need to start putting what we already know about Resurrection Leadership into play, while committing to our own continuous learning program, because we’re back and the show must go on. 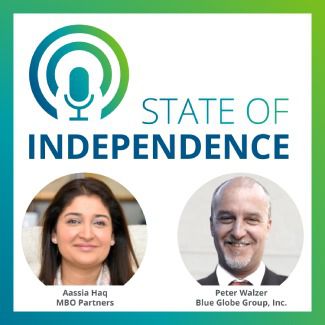 "What I will call Resurrection Leadership is built upon a unique set of skills and requires a fundamental shift away from many of the leadership styles we are seeing around us today."

"Just as elite athletes must train and condition their physical (and mental) muscles for challenging events, Resurrection Leadership will require extensive mental conditioning for most leaders, unless you are already the Dalia Lama and have been conditioning your mind your whole life." 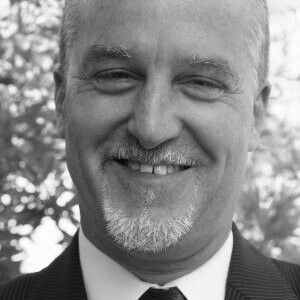 Read these other articles in the Advantage Consulting Quarterly

On Strategic Planning Post Pandemic: How Do You Plan for an Unknown Future?

Lockdown Lessons from a Career Consultant: How A Lot of Little Things Can Add Up to Something Great

Confronting the Great She-Cession: Four Strategies for Keeping Women in the Workforce