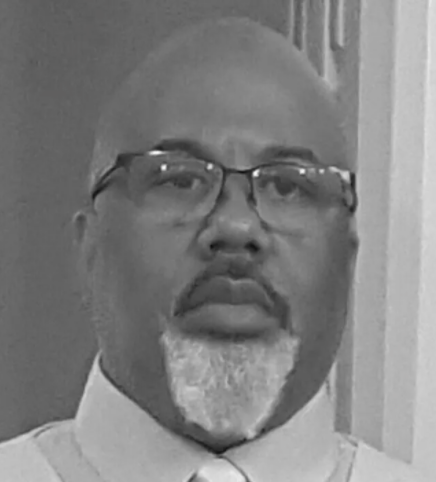 As a highly experienced NDT consultant, I focus on delivering superior quality process management for my clients

Dwayne is a career Quality Processes individual with skills and experience to effectively manage and control many aspects of Quality Management. In the beginning of his career, Mr. Cooper received his training as a Nondestructive Inspection (NDI) specialist with the United States Air Force in 1988. His first duty assignment was a 2-year stay at Bitburg Air Base in Bitburg Germany where he honed his skills in each major NDI method on the F-15 fighter jet. He became proficient in Radiography Testing (RT), Magnetic Particle Testing (MT), Liquid Penetrant Testing (PT), Ultrasonic Testing (UT), Eddy Current Testing (ET), Visual Testing (VT), Bond Testing, and Oil Analysis. As just an Airman First Class, Mr. Cooper earned a Commendation Medal for the leadership abilities he showed beyond his grade, managing the NDI lab while on a temporary duty assignment at Decimomannu Air Base in Decimomannu, Italy. Mr. Cooper finished his Air Force career as a Senior Airman with a 5-level in NDI (comparable to a NDT Level 2).

Re-entering the civilian workforce, Mr. Cooper continued his NDT career while working for different inspection companies. He quickly proved his abilities and was given managing responsibilities leading inspection crews as large as 25 inspectors on jobsites. As a NDT Level 2, Mr. Cooper worked with RT, MT, PT, UT, and VT, and PMI in many oil refineries, pipelines, power plants, paper mills, steel mills, and various different projects. He then transitioned into the Fire Equipment Service for Underwriting Laboratories (UL), utilizing his skills performing quality and performance testing on fire apparatus for fire departments worldwide. In 2005, Mr. Cooper pursued and gained his American Society for Nondestructive Testing (ASNT) Level 3 certification. With this certification, Mr. Cooper continued his training of personnel in NDT, but also took on responsibilities such as quality auditing and procedure development.

A major transition of Mr. Cooper’s career occurred when he accepted the NDT Responsible Level 3 / Technical Specialist position with RTI International Metals, one of the leading manufacturers of Titanium for aerospace applications. With RTI, Mr. Cooper tremendously improved their Ultrasonic Testing Department, leading the charge for many capital improvements as well as procedural revisions and improvements in their NDT training. As a member of the Nadcap NDT task group, Mr. Cooper has made several contributions for maintaining the Nadcap checklists and contributing to the Nadcap mission including presenting a NDT techniques development presentation at the 2012 Nadcap conference in Berlin, Germany. As a member of the AMS Committee K, Mr. Cooper sponsored a revision of the widely used AMS-STD-2154 for Ultrasonic Testing of Wrought Products. He also was a leading contributor for the revisions of AMS 2631 and AMS 2628 for Ultrasonic Inspection of Titanium Products. As a supplier representative for the Titanium Consortium, Mr. Cooper assisted in the development of Ultrasonic Testing Phased Array practices for the inspection of Titanium Billet. During this time, Mr. Cooper also performed many quality management system audits for suppliers to RTI’s mission.

In 2013, a transition was made from the raw material side of aerospace suppliers, to the forging side when he took a position as a Quality Engineer / NDT Responsible Level 3 for Wyman Gordon Forgings in Houston, Texas, one of the largest suppliers for the aerospace industry. With Wyman Gordon, Mr. Cooper continued his strive for quality as he improved their NDT process and put focus on their strive for consistency.

As a Lead Auditor in NDT and Quality Systems for the Performance Review Institute (PRI) since 2014, Mr. Cooper performs audits worldwide for aerospace suppliers to receive or continue their Nadcap accreditation.

In 2014, Cooper NDT, Inc was founded by Mr. Cooper as a tool to more widely contribute to the quality industry. Through Cooper NDT, Inc, Mr. Cooper assumes the role of NDT Level 3 consultant including acting as Responsible Level 3 for several clients and the aerospace and oil and gas industries. As an additional service, Mr. Cooper has also conducted serval AS9100 internal and external audits for clients in support of their Quality Management Systems accreditation maintenance. As the goal continues to build Cooper NDT’s standing in the NDT community and beyond, Quality First Associates, LLC (Q1A) has been formed. With sights set on being a quality driven team providing service to several industries by the means of auditing, training, consulting, and materials supply.

Schedule an introductory phone meeting to determine if you’d like to
engage with Dwayne as a consultant.