Look Back, Look Forward: The Independent Workforce Year in Review 2017 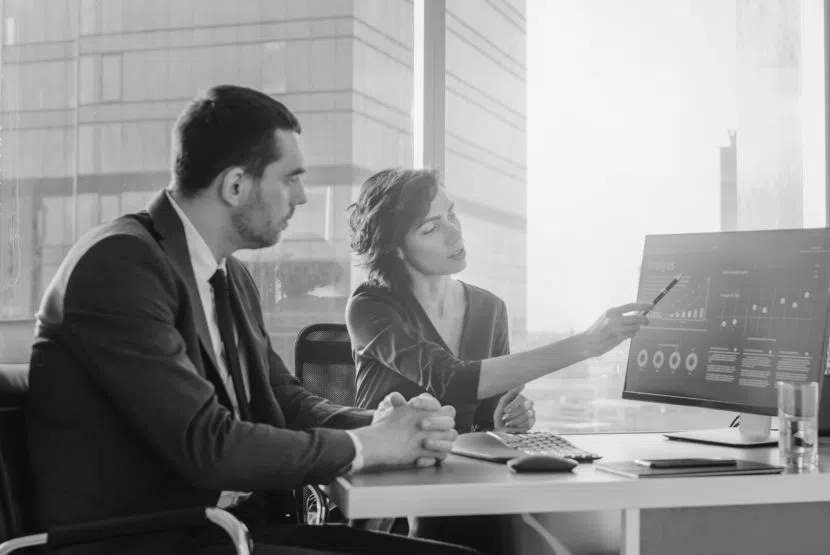 As 2017 winds to a close, we at MBO Partners like to take time to reflect on what has changed in preparation for the year ahead. As is common in any fast-growing industry, we marvel at how much has changed in the past 12 months, and how much will likely change again as we head into and through 2018.

We’ve identified and recapped some of this year’s top trends, and have given insight into how we see these items developing as we begin the New Year.

Automation was a 2017 buzzword with cautionary headlines about the rise of machines and artificial intelligence taking U.S. jobs. We approached this topic from a slightly different angle, proposing that automation may actually increase the demand for flexible workers who have skills and agility that machines are unable to provide.

Automation and artificial intelligence will certainly have an impact on independent professionals in the future. By leaning into these new developments, highly-skilled independents can benefit from task automation. On the other end of the spectrum, less-skilled gig workers may experience job displacement due to a more prevalent use of technology such as self-driving cars or drone-based delivery machines. While we don’t see these jobs going away in 2018, gig opportunities may decline in the coming years.

The independent workforce continues to grow both in size and importance to leading enterprises worldwide. At MBO, we released our annual State of Independence study, which found that independents now comprise about 31% of the private U.S. workforce—a 40.9-million strong cohort. The gig economy, workers who pick up occasional or part-time work through companies such as Uber, Task Rabbit, or Thumbtack, saw strong growth as well.

Over the next 10 years, we predict that the number of people who are independent or who have experienced independence will grow to roughly 60% of the workforce. Gen Z—a generation which is incredibly comfortable with technology, entrepreneurial, and inclined towards independence—is also poised to make waves in the independent sector. By 2027, Gen Z will be moving into the workforce and is expected to have a big impact on independent work.

The Muddy Waters of Misclassification

As the independent workforce continues to grow, so does the problem of worker misclassification. Recent high-profile lawsuits have thrown this issue into the spotlight. Because existing worker classification guidelines, laws, and regulations conflict with one another and are open to interpretation, it is difficult to define a specific method for proper classification of independent contractors.

Moving forward, public policy will need to evolve to match the changing nature of work. MBO will continue to advocate for independent contractor rights through initiatives like our Certified Self-Employed work, which would establish a safe harbor with protections and guidelines for the proper engagement of independent professionals.

The latter half of 2017 proved that tax reform will be an issue of note for the independent workforce both through the end of the year and into 2018. While the final provisions of the tax reform bill are still somewhat in flux, we do know of a few changes that will impact both individuals and businesses in 2018 and beyond.

Perhaps the most important changes, however, are those that impact pass-through entities, which can include sole proprietorships, partnerships, LLCs, and S Corporations. According to the latest language released, these entities would continue to pay tax through the individual income system, but they would be allowed a deduction of 20% for their domestic qualified business income.

This dedication will be limited to 50% of the “W-2” wages paid, or 25% of W-2 wages plus 2.5% of the cost of tangible, depreciable property, which is designed to benefit real estate companies. The wage limit wouldn’t apply to taxpayers with incomes of $157,500 or less for individuals or $315,000 or less for joint filers indexed for inflation. The limit would phase in for taxpayers with incomes greater than those thresholds.

For partnerships and S Corporations, the deduction would apply at the partner or shareholder level, based on their allocable share of W-2 wages. The deduction would be limited for certain professional services businesses, including those in health, law, and accounting. It would only be fully available for service businesses with incomes of $157,000 or less for individuals or $315,000 or less for joint filers (indexed to inflation) and would phase out for incomes greater than those thresholds.

Engineering, architecture, and investment management businesses wouldn’t be considered service businesses. The thresholds in the conference agreement are lower than those of $250,000 for individuals and $500,000 for joint filers in the Senate-passed measure; these details are expected to be ironed out this week. The joint explanatory statement said the reduction would “deter high-income taxpayers from attempting to convert wages or other compensation for personal services to income eligible for the 20% deduction.” The House-passed measure would have established a new 25% tax rate for pass-through entities instead of a deduction.

Furthermore, losses that exceed a pass-through’s gross income or investment gains plus $250,000 for individual filers and $500,000 for joint filers could be carried forward as a net operating loss. For partnerships and S corporations, the provision would apply at the partner or shareholder level based on their share of income gain, deduction, or loss. The provision would apply during tax years 2018 through 2025. We will continue to update this document throughout the week.

The war for talent and workforce skills gap have generated much hype in HR departments over the past year. As workers increasingly push for independent careers, companies are finding that not only are they competing for traditional employees, but for independent professionals as well.

As companies continue to aggressively compete to attract top talent, they will need to adapt current policies to fit the needs of independents. These changes may include flexible payment and contract terms, the use of preferred talent networks, and streamlined engagement methods. Focusing on becoming a Client of Choice for the independent workforce will be an essential component of business offerings moving forward.

Many businesses and company leaders acknowledge a growing skills gap in the U.S.—while there are jobs available, employers are struggling to find the right talent. Workers are realizing they will need to re-skill in order to advance their careers. Independent professionals, on the other hand, realize an advantage as the services they provide are directly dependent on their skillsets, which must be up-to-date.

The way we view a typical “career” is changing. In the future of work, education and reskilling will be a common and continual process. Independent professionals will likely continue to provide access to in-demand skills faster than traditional, full-time employees, who must rely on themselves or their employer to re-skill.

Online freelance marketplaces became increasingly prevalent in 2017 as a popular way to find temporary work. These platforms match job opportunities with freelancers, who typically fill out a profile and apply to positions that fit their skillset. Company-specific marketplaces, such as MBO’s marketplace, are geared more towards longer-term engagements and help independent professionals grow their project pipeline by matching their skills, availability, and rate with contract opportunities.

As organizations further the trend of flexible employment by using independent professionals to staff projects, online talent marketplaces will continue to grow and evolve. The use of blockchain technology is a growing trend to watch as well, as it may eliminate the need for third-party marketplaces altogether.

Have additional thoughts? Send us a note, or reach out on social media—we’d love to hear from you about what you’re seeing as industry trends and how you’ll be adjusting your business for 2018. 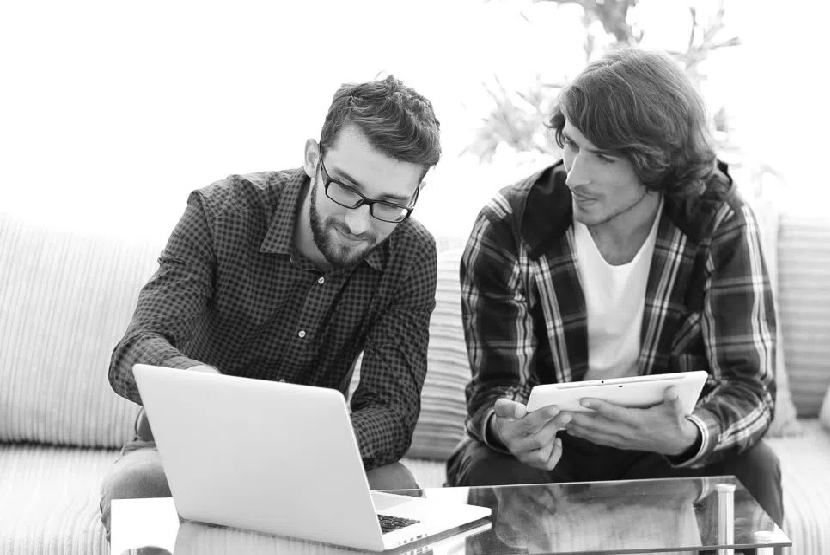 The COVID-19 Pandemic set a new future of work in motion. People across all industries were suddenly working from home. Teams transitioned from roundtable discussions and water cooler chats to Zoom meetings and virtual happy hours. And things went surprisingly well. Productivity, for the most part, remained consistent and in some cases even improved. By… 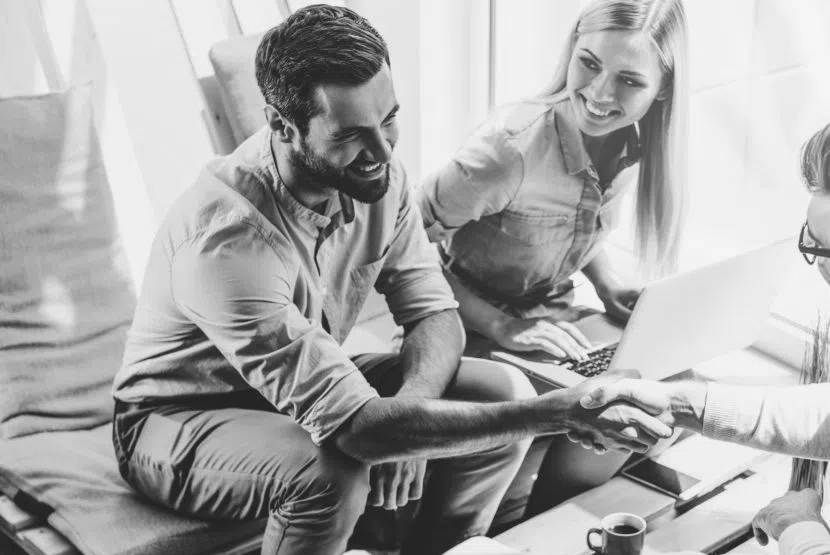 5 Behaviors and Values of Independent Professionals

The independent professionals available to enterprises today are highly skilled experts who can fill project roles on-demand. By understanding the behaviors and values of independents, organizations become more attractive to top talent and are better able to retain the workers they want for future opportunities. Below, we review five factors that matter most to independent…

Digital nomads—workers who embrace a location-independent, technology-enabled lifestyle that allows them to travel and work remotely—have increased significantly in number over the past few years. Our latest research found that 15.5 million American workers describe themselves as digital nomads, a 42% increase from 2020 and 112% increase from 2019. Digital Nomads Defined While it’s hard…