We stand on the precipice of a new way of working. In today’s project-driven economy, more businesses than ever before are turning to independent talent to fill workforce needs—nearly two-thirds (65 percent) of executives say their external workforce is essential for operating at full capacity and meeting demand. For more than 20 years, MBO Partners has been helping to lead these initiatives, crafting the future of work via solutions that allow independent professionals and their clients work together safely, easily, and effectively.

Many of the future of work predictions we’ve made over the years, like the continuing growth of the independent workforce, or the increase in demand for highly-specialized independent talent, have since come true. With more than 40 million Americans currently embracing the independent lifestyle full- or part-time, however, we can confidently say that independent work is much more than just a passing phenomenon—the future of work is here, and savvy companies know how valuable inde-pendent professionals can be to create an agile workforce.

But we’re never content to just enjoy the present, as we are always looking ahead to what the future might hold. We’ve taken a deep look into our crystal ball, sifted through our own data and in-depth industry studies and have spoken to other industry leaders to compile the trends that we believe will make an impact in 2019 and in years to come.

At present, 41.8 million people currently work as independent professionals, a number that has grown for each of the eight years of our State of Independence in America study. Currently, 15.8 million of these workers are Full-Time In-dependents, meaning they work 15 or more hours per week as independents. Independent work is or has been a part of nearly 47 percent of American’s careers, a number that is poised to swell to 52 percent in the next five years.

Independent work continues to grow, but we increasingly see a “tale of two independents” as the largest areas of expansion exist at the high and low ends of the spectrum. On one hand, we see a rapid rise in commodity platforms, where buyers primarily engage independents to perform an undifferentiated service (driving a car, walking a dog) and workers generally engage via a platform to generate extra income, socialize, or fill a gap between jobs or other gigs.

On the other hand, a strong jobs market and increasing skills gap has led many highly-skilled workers to leap into independence as a way to make more money while enjoying flexibly and lifestyle benefits that can be hard to come by as traditionally employed individuals. This year, 3.2 million independents, more than 1 in 5 Full-Time Independents, earned more than $100,000 annually.

As long as the economy remains strong, we’ll see the portion of so-called Reluctant Independents—those who are Full-Time Independents but would prefer to be working at traditional jobs—continue to stay low. However, relative wage stagnation will continue to contribute to growth at the lower end of the market, as many full-time employees turn to part-time or occasional independent work to make extra money or learn a new skill.

3. Talent networks continue to grow at a rapid pace.

As the world of work becomes increasingly digital, companies and independents alike have grown increasingly com-fortable turning to internet-driven platforms to build networks and find and manage work opportunities.

While Full-Time Independents are still primarily relying on word of mouth to find work, 24 percent said they plan to use an online platform to find opportunities in the next year, a trend that has increased sharply in each year of our State of Independence research, up from just 3 percent in 2011. Millennials, digital natives, are most likely to go online, with 36 percent saying they have done so.

4. Companies will buy results, not people, and independents will team up to deliver.

Today’s tight labor market makes it difficult for organizations to find workers with the expertise they need. This means that highly-skilled independent talent will continue to become even more valuable to businesses, particular-ly independents with in-demand skills in areas like biotechnology, computer programming, marketing, or pharma. However, it is likely that as these fields evolve, organizations will place a premium not just on the workers themselves, but also on the results and successes driven from the projects independents complete.

Independents will likely find savings and synergy in being able to replicate parts of a process—much like the old school assembly line model—and may find that partnering in loose, as needed, “teams” is more effective than going it alone. Small, independent-driven consulting firms comprised of various specialists will likely band and disband, teaming up to offer superior, and often more cost-effective results to clients than traditionally staffed organizations.

5. Automation continues, and AI will only get smarter in the years to come—but it won’t take independent jobs away.

As technology matures and evolves, we continue hear that AI is coming—and, in many cases, that AI has already arrived. But data from the 2018 State of Independence report suggests that independents don’t fear a robot revolution anytime soon. Independents were asked to look a decade into the future and assess if their work might be done by machines, automation, or robots, and 55 percent of Full-Time Independents responded that they believe “none of the work I do” would be impacted, compared with 44 percent of traditional employees. Just 32 percent of independents predicted some impact, along with 40 percent of employees.

Most also feel that automation and would neutrally impact their careers, about 28 percent of both parties predicted im-provement, while 22 percent predicted it would make career opportunities worse.

While technology certainly continues to get smarter by the day, people are still needed to manage, implement, and optimize complex systems. While some less-skilled workers may find their work impacted by the rise of, say, self-driving cars, it is unlikely that independent workers on either end of the unskilled-skilled work spectrum will lose their job to machines entirely in the foreseeable future.

6. Traditional retirement is no longer the goal.

Baby Boomers have proven that retirement at 65 is not only no longer the goal, but it’s not a feasible path. A combina-tion of factors, ranging from an economic recession and poor financial planning to overall longer, healthier lives have left many workers unable, or unwilling, to retire from the workforce.

Many people are finding that they can earn a viable income well into their 80s, either via consulting work in their primary area of skill or through short-term, part-time gigs that allow them to socialize, spend time with family, or simply earn extra cash.

We expect this trend to continue for generations to come, particularly Millennials, who have documented less savings than previous generations.

According to a recent McKinsey study, “Skill Shift: Automation and the future of the workforce,” agility represents the ability of an organization to renew itself, adapt, change quickly, and succeed in a rapidly changing, ambiguous, and sometimes turbulent environment.

Workforce agility is a frequent discussion in today’s C-suite, and organizations understand that in order to maintain total talent viability, a strategy to engage and retain top independent talent is as necessary as one for traditional employees.

Skilled independent professionals are utilized to fill needs for both in-demand skills not currently present in a company’s FTE population, as well as to help complete projects—both strategic and tactical—outside of a company’s scope, in fields like human capital, technology, and marketing, among others. We predict this trend will continue, with companies articulating a specific value statement for independents within their greater talent strategy in years to come.

Relating to the prediction above, some companies have already begun to articulate what Forbes’ Jon Younger deems an “inclusive employee value proposition.” This includes everything from specific verbiage on a company’s website or internal talent network articulating why they are an attractive place for independent contractors to work, to client-friendly policies and procedures for independents. These areas increasingly converge in research MBO has been leading for several years—making a company a Client of Choice.

2017’s Tax Cuts and Jobs Act will have far-reaching implications on the American population for years to come. However, independents stand to benefit more than most. Section 199A, which allows qualified pass-through business-es (the structure under which most independents operate) to deduct 20 percent of qualified business income, will help many independents see a significant financial advantage on their 2017 tax returns, a benefit that will not be realized until midway through 2019 when possible refunds are issued.

As individuals—and the media—begin to grasp the possible scope of these benefits, we will likely see more publicity around the financial benefits of independent work. While research shows that there is unlikely to be a tidal wave of independents, and the law itself is written in such a way as to prevent a mass reclassification of employees to indepen-dent contractor status, it is likely that workers on the brink of choosing independence will see this as the tipping point in favor of doing so.

10. Policies must evolve to match the changing nature of work.

As the tide shifts towards a predominantly independent workforce, legal policy and federal law will need to change to keep pace with this fast-changing economy. Continuing the trend set by the first years of the Trump administration, we predict that we may go so far as to see a certification or licensure established for compliant independent profes-sionals, as championed in MBO’s own Certified Self-Employed proposal, or perhaps better clarification as to the proper definition of an independent contractor under the law.

It is our hope that these policies will help unleash the power of the independent workforce—a group that already generates $1.3 trillion dollars in annual revenue for the U.S. economy, further enabling independents to serve as an economic powerhouse that helps keep the nation on a strong economic path for years to come. 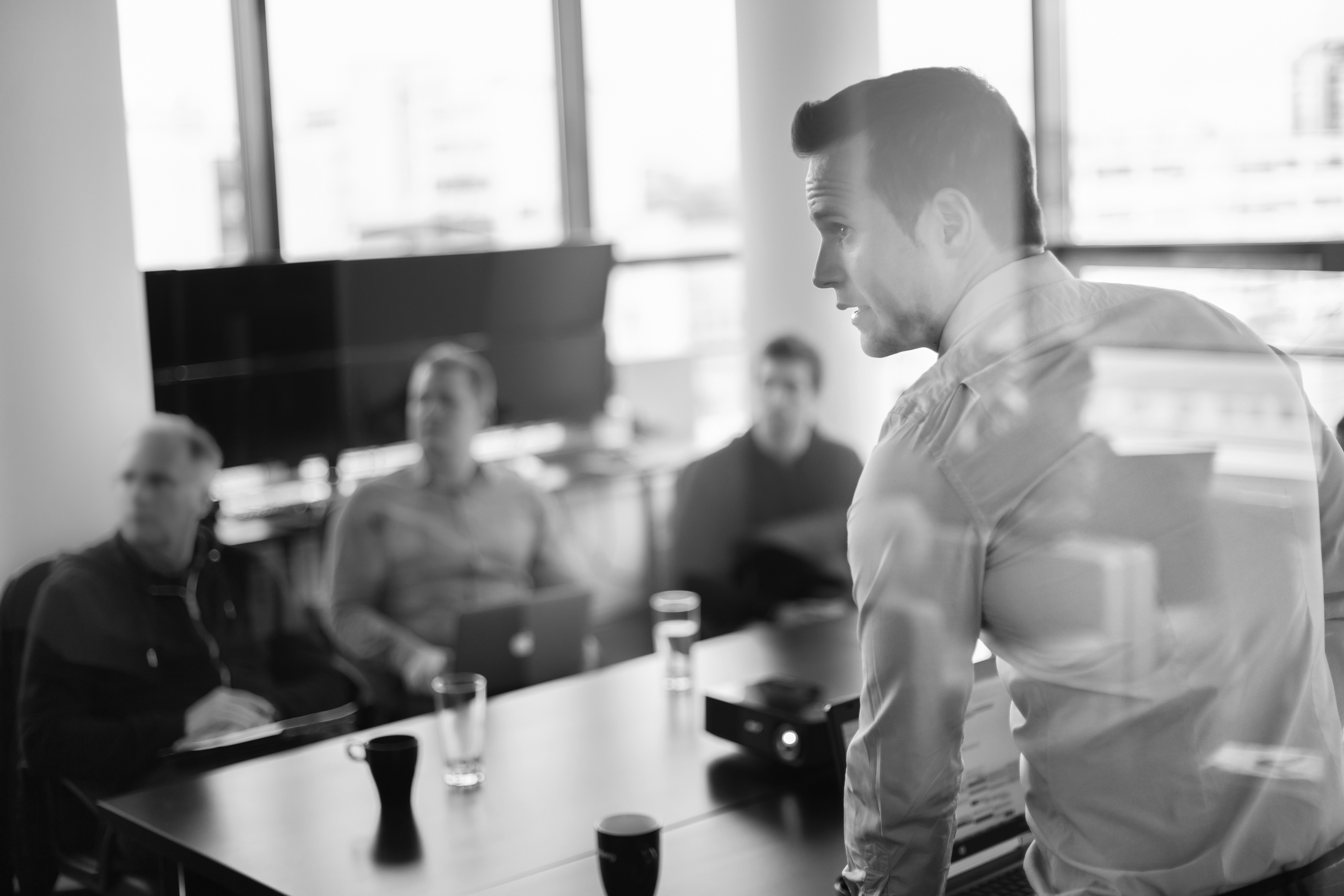 The growth and innovation of the American workplace has outpaced the evolution of laws and rules, creating issues ranging from independent contractor compliance to guaranteed worker protections.

MBO Partners has proposed a modern solution to address these issues and to remove the risks associated with hiring independent talent: The Certified Self-Employed worker (CSE).

Our Client of Choice report, the third report in its series, explores the key motivations and drivers of the 7.4 million Americans working as full-time independent professionals. The report examines how companies should structure policies, procedures, and engagement practices to be successful in attracting, engaging, and retaining top independent professional talent.