-New research from MBO Partners shows that 7.1 million creators earn income from their work; the creator economy is 75% Millennial and Gen Z self-employed workers, 63% of whom work only part time in the creator space.

AUSTIN, TX – November 16, 2021​ –A new study from ​MBO Partners® shows that 2021 is the year of the creator. In the first ever study of this segment, MBO Partners reveals that there are 7.1 million Americans who’ve earned money in the last year as part of the creator economy. This sector is poised for explosive growth, with another 3.2 million planning to become content creators over the next two years.

This new Research Brief is being released in advance of MBO Partners’ 11th annual State of Independence in America report, the country’s longest-running end-to-end study of the American independent workforce. As retailers harnessed technology to go direct-to-consumer (DTC), U.S. workers enacted their own version by selling their creative skills and talents directly to consumers and companies. The broader independent workforce grew to over 51 million in 2021, an unprecedented 34% growth in a single year. The growth of the creator economy subset mirrors this trend.

Technology news site The Information estimates that venture capital firms invested $2 billion in creator economy startups in the first half of 2021, and the venture capital firm Antler reports there are over 220 firms that cater to creators. This rapidly growing ecosystem of creator economy products and support services makes it easier, cheaper, less risky, and more attractive to become a successful content creator.

“The Creator Economy validates the trend that more and more workers are realizing the freedom and wellbeing that comes from taking career control into their own hands,” said Miles Everson, CEO, MBO Partners. “Savvy organizations and politicians must realize the workforce of the future will be fueled by independent professional solo-entrepreneurs, choosing to design careers on their own terms. Creators are just one example of how the American workforce is changing at a rapid pace.”

The report revealed several key insights about this fast-growing segment of the American workforce, including:

MBO Partners will release the full 2021 State of Independence study in December. To obtain a copy of the brief, please visit https://www.mbopartners.com/state-of-independence/​.

MBO Partners is a deep job platform that connects and enables independent professionals and microbusiness owners to do business safely and effectively with enterprise organizations. Its unmatched experience and industry leadership enable it to operate on the forefront of the independent economy and consistently advance the next way of working.

-MBO Partners’ 11th Annual State of Independence in America report shows that the number of independent workers grew to over 51 million in 2021, an unprecedented 34% growth in a single year -This wave of new independents is being led by women (55%) and the younger generation (68% are Gen Z or Millennials).   ASHBURN, VA… 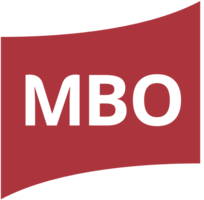 MBO Partners’ 10th Annual State of Independence in America report shows that COVID-19 has shaken but not destroyed the resilience of independent workers; 48% are doing ok financially while 32% are living comfortably— hiving and nomadism are top strategies to survive and thrive in the new world of work  HERNDON, VA – December 9, 2020​ – The COVID-19 pandemic…

How to Stay Competitive as an Independent Contractor